Did you know that there is such a thing as dehydrated milk powder? Well there is and it is a fantastic staple to have in the cupboard. There are also dehydrated soy, rice, oat and almond milk powders available in specialty stores for those who prefer these alternatives.

In the year 1802 the first known written record about powdered milk was put to paper, it talked about how it was convenient but not well-known yet. An evaporation technique was officially patented in 1837; since then there have been many documents detailing advances, patents and innovators. Put very simply, powdered milk is made by spraying a fine mist of skim milk on delicate screens, where it is dehydrated and then bagged.

To get skim milk, dairies let the milk settle in a chilled room where the heaviest, thickest cream rises to the top – this cream is skimmed off and is often sold as whipping cream. The milk is again left to settle in the chilled setting for a little longer until the second, light cream rises to the top and this, once skimmed, is often sold as coffee cream. Skim milk is the product left after all the fatty cream has risen to the top and been skimmed off.

Dehydrated powdered milk was once quite common. Military loved it for its lightweight and usefulness in areas like the tropics where things spoil very quickly. It did not have to be refrigerated and if stored properly it could keep for 4 years or more. It required no bulky container. It was light, easy to ship, easy to store. Just add water and you have just the right amount of milk for your needs at that moment and time. Add a Tbsp. of vinegar to a cup of milk and you’ll have a replacement for buttermilk. Add a little less water for a more intense flavour and thickness that can be used to replace cream in recipes.

Having this product in the baking cupboard can be very helpful during disruptions in distribution chains due to strikes, highway or supply issues. There is also price fluctuation from fuel costs. The transport of heavy, bulky jugs of milk takes up a great deal of fuel, while a truck can easily carry a full load of bagged powdered milk without feeling much weight in comparison.

However, we have always had it in our cupboard just for convenience sake. While we do use cream in our coffee, we don’t drink milk. We use rice-milk for breakfast cereal and powdered milk for baking. We never have spoiled milk wasted away nor do we panic when baking because there isn’t enough milk. No worries there, just mix some up and continue.

Our cookbook, From One Small Garden, demonstrates our habit of using powdered milk for cooking. Of course you can use fresh milk in almost any recipe calling for powdered milk. Simply omit the powdered milk, and use milk instead of the water called for in the recipe. 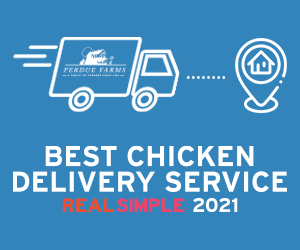